Born in 1879, the sixth of seven children, Ettore Menarini worked for many years in various body shops in Bologna, including one run by Marco Fiorini, which at the time was among the most popular in Italy and mainly built horse-drawn carriages. In 1914, he decided to set up on his own and opened a small body shop with a partner but, at the outbreak of the First World War, he was called up and assigned to workshop duty in the 3rd Mechanised Brigade of the Italian army. On his return to Bologna, he went back to work and, showing remarkable courage, in an Italy which had been victorious but that had been badly damaged by the war, he founded his company, which he decided to call Ditta Menarini and C, even though he was the only owner.

It was 1919. His company was based in a converted barn, in Via del Chiù, and was essentially dedicated to bodywork repairs. Shortly afterwards, at the request of FIAT, the company also moved into production. However, for much of the 1920s, Menarini’s main business was the construction of horse-drawn “touring carriages”, a craft that required time, precision, and a close relationship with the customer, as it took from four to six months to build a carriage.

Menarini’s business has left its mark on the technological evolution of the Italian and European bus: from 1919 to the present day, more than thirty thousand buses have left the factory in Via San Donato. They have contributed to creating and writing the history of public road transport. 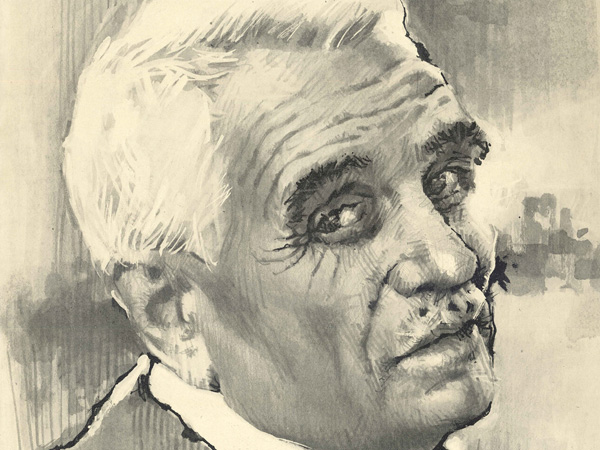 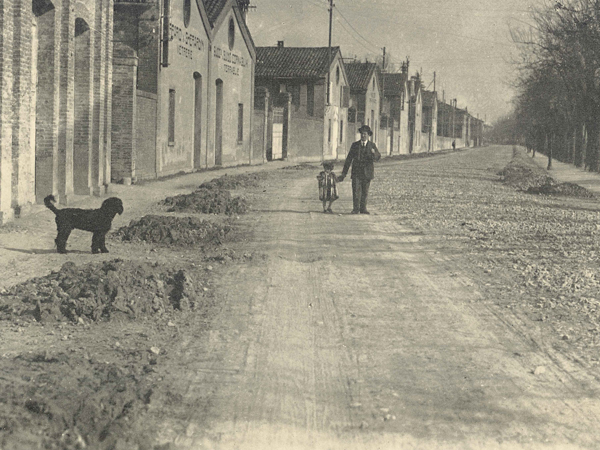 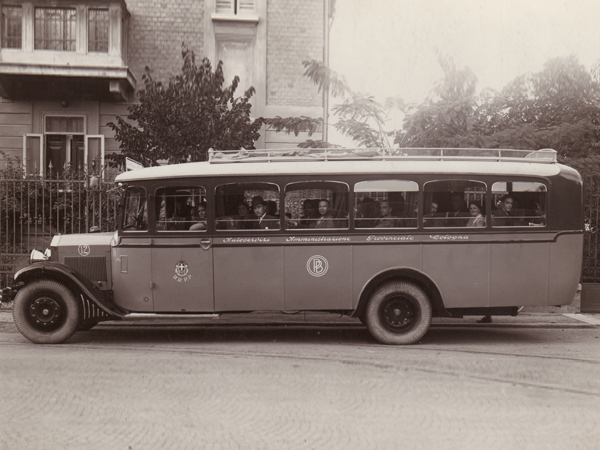 Since 1925, manufacturing output in Italy doubled: production then stood at approximately 50,000 vehicles, of which one in ten is destined for public transport, the sector to which Ettore turned his attention. Thanks to increased turnover, the business moved to new headquarters in Viale Berti Pichat 10 where, in collaboration with FIAT, they began to manufacture vehicle bodies for public transport and industrial use: workshop wagons, ambulances, specialist vans, buses. At the start of the Second World War, the company employed around 150 people. 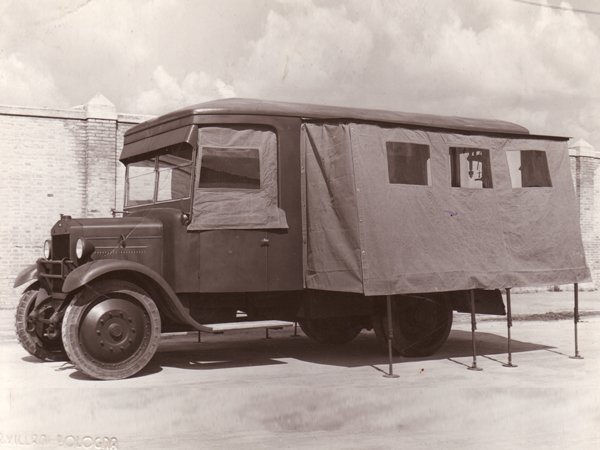 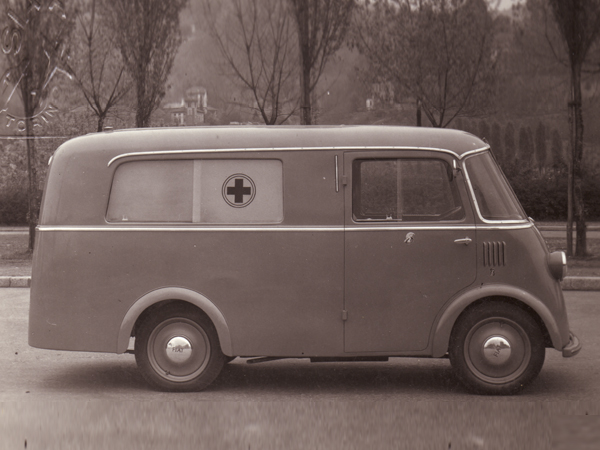 The factory is bombed

Between 1944 and 1945, the factory was hit by bombs and after this, the plant was requisitioned by the Allies. All the photographic and documentary archives were destroyed. Ettore had to wait until the autumn of 1946 before he could recover control of his company. He did not lose heart and, with the help of his sons, he rebuilt, reorganised the company’s departments, and reopened the business. With 230 highly-skilled workers focussed exclusively on the production of buses, he started producing eight vehicles per month. Ettore died in 1952. In the meantime, a phase of great expansion had already begun, with his sons Dante as general manager, Giorgio as technical director, and Eugenio as administrative director.

In the second half of the 1950s, the workshop was moved to the outskirts, to its current location in Via San Donato. The factory was built to meet modern manufacturing requirements, including those related to the body-on-chassis structure. Among the products made during these years, we remember the Essediemme chassis, which was shown at the 1961 Motor Show. SDM (Sintesi Del Meglio – A synthesis of all that is best), Ettore Menarini’s enduring statement of the goal toward which he always strove with stubborn determination. It became a cornerstone in manufacturing technique: no more transparent panels in the roof, no more sloping plate-glass windshields but remote-controlled doors for coach vehicles, flat roofs, and extensive glass surfaces. At that time, all their competitors had to adapt to the standards set by the Menarini family. 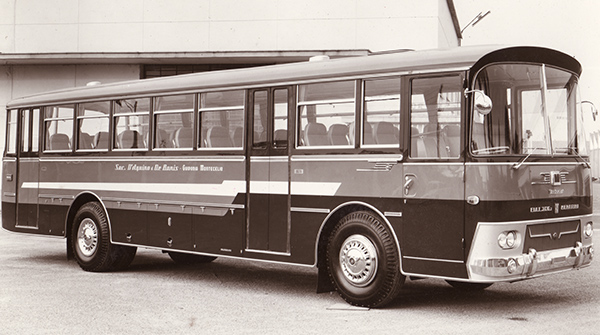 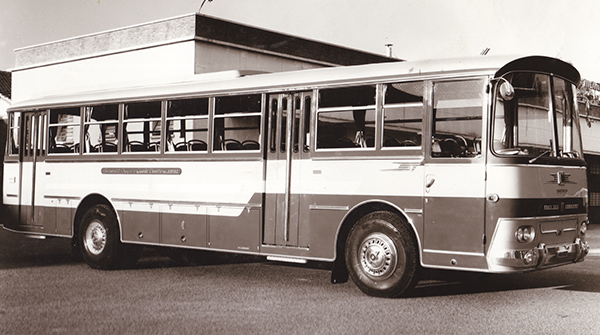 The Monocar 201 range is launched

The highly successful Monocar 201 range has was developed and has been in production since the 1970s, serving urban, suburban, and interurban scheduled routes. It went on to become one of the iconic buses of the 1980s. This period also saw the development of the new SL chassis for rental buses.

Disc brakes appeared at the beginning of the 1980s, as well as independent suspension for long-distance vehicles and even a refined bridge configuraton with a DE DION  design on the Monocar 101 and 102 SBH models. These were real landmarks in the development of the modern “gran turismo” design (grand tourer – GT), as were the first solutions for the lowering of boarding platforms in buses for urban use. 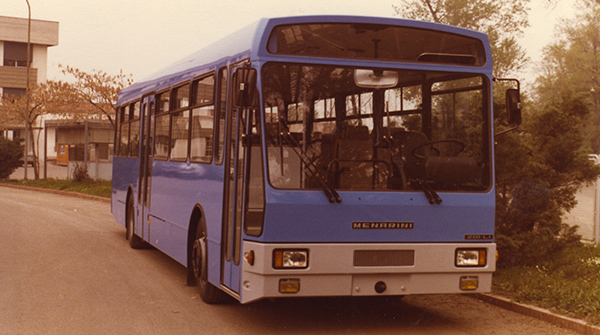 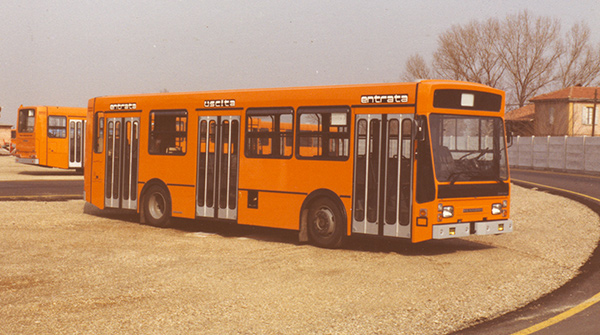 The factory in Via San Donato

In the 1980s, financial difficulties and the risk of being left behind in production techniques convinced Giorgio and Eugenio to sell equity stakes to Breda Costruzioni Ferroviarie, whose contribution was required to modernise the company. However, in the early 1990s, disagreements with the new management led to the Menarini family’s full departure from the company. Thus was born the BredaMenarinibus brand, and from that moment on the red horse was to characterise the Bologna company’s buses. 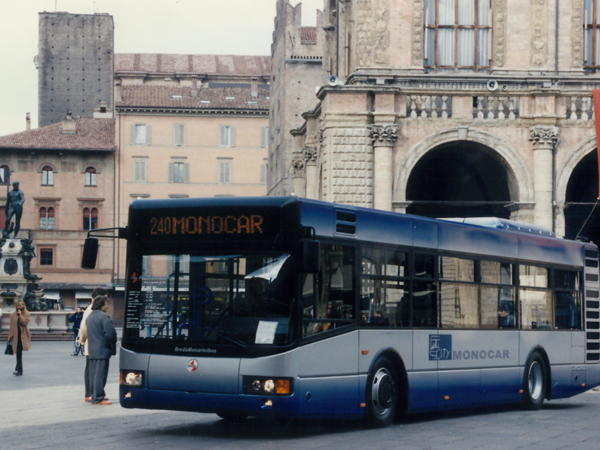 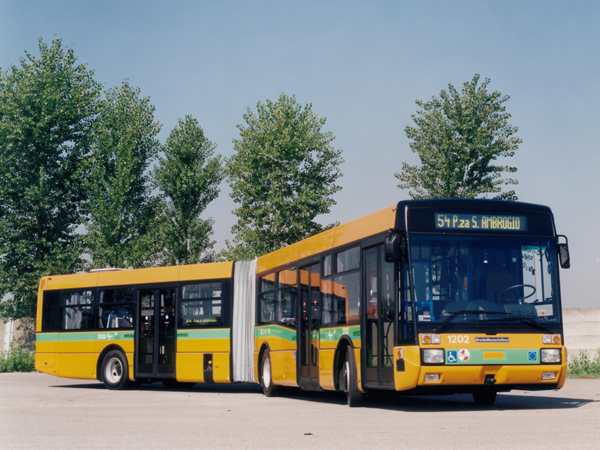 Some very successful models followed, especially in the urban transport segment, such as the range of the first low-floor buses, M221, M321 and M230. The latter model, launched in 1994, was the first ultra-low floor, medium-short bus in Italy. 1997 saw the introduction of a whole new range of ultra low-floor models: M240, M231 and M340, which represented the transition to a generation of vehicles with high-tech parts (engines, chassis, electronics, etc.) and designs aimed at achieving high levels of reliability and lower operating costs. Anticipating demand trends towards vehicles with steadily diminishing exhaust emissions, the company launched CNG fueled buses (EXOBUS), electrically driven minibuses (ZEUS) and 10.80 m and 12.00 m hybrid buses (ALTERECO).

In 2001 the company became part of the Finmeccanica, the leading Italian manufacturing group. Joining the group provided the investment in research and development required for the company to remain competitive in world markets and to develop products that complied with European regulatory standards.

2005, saw the marketing of a new range of vehicles with EURO 4 diesel engines running on CNG (Compressed Natural Gas), the Avancity (10.8m, 12m and 18m) and the Vivacity (8m and 9m) range.
These vehicles stood out thanks to their captivating aesthetic line, the adoption of independent front suspension that improved driveability, road holding, and comfort, and the construction of wheel arches incorporated into the chassis, providing more internal space for wider aisles. 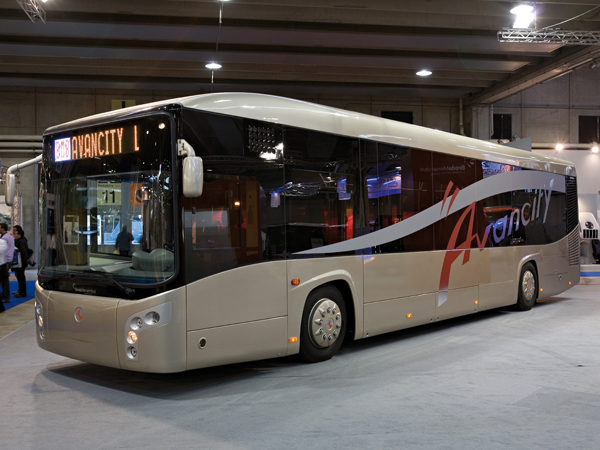 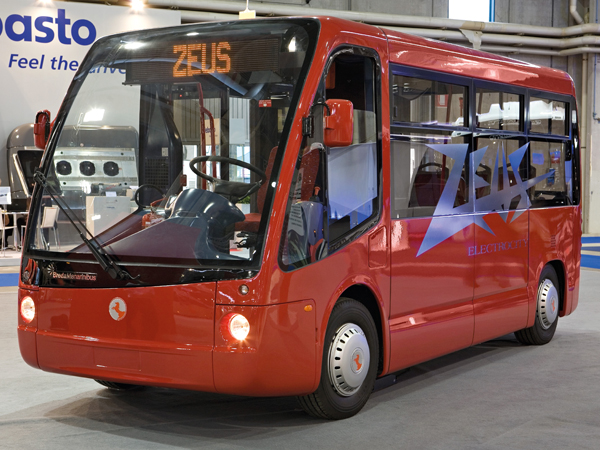 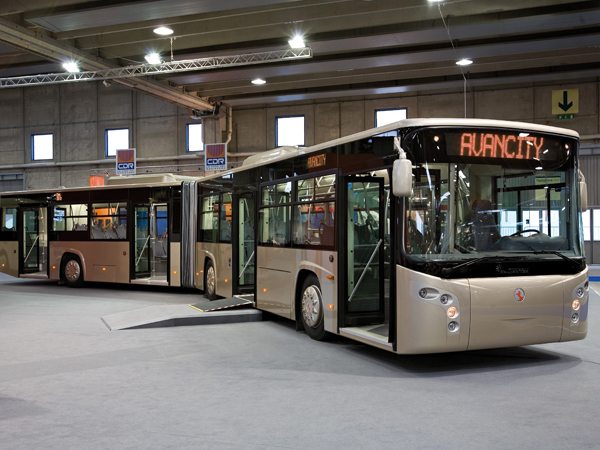 In November 2013, the new Euro 6 range was introduced. While for the short bus range it was decided to keep the 8 and 9-metre Vivacity line, for the 10, 12 and 18-metre vehicles Bredamenarinibus exploited the opportunity to develop a new deck: the new Citymood modular range was introduced, with the option of either diesel or petrol engines.

In January 2015, Finmeccanica sold the BredaMenarinibus business unit to the new company Industria Italiana Autobus, an all-Italian company, 20% owned by Finmeccanica and 80% owned by a private Italian group.

In honour of the glorious history of the Bologna-based company, Industria Italiana Autobus decided to return to the past: the name reverted to Menarinibus, and the Breda horse logo was replaced by the Menarini emblem used in the fifties and sixties, the years of growth and development. The new logo was a simple blue and silver emblem, in period style, a circle with a slanted “M” with a central line. 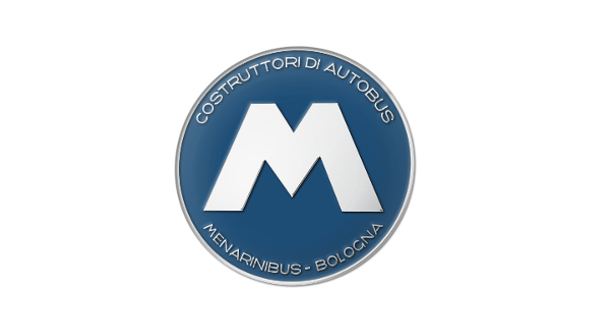 The corporate structure returns to being state controlled

From December 2018, the Company returned under state control. The Company structure was strengthened with the replacement of the Chief Executive Officer and the introduction of a Financial Director and an Industrial Director. The sales and after-sales departments were further improved, and participation in issuing tenders based on the type of bus produced was reintroduced, as were the strategies for tenders for the new models under development and in production. 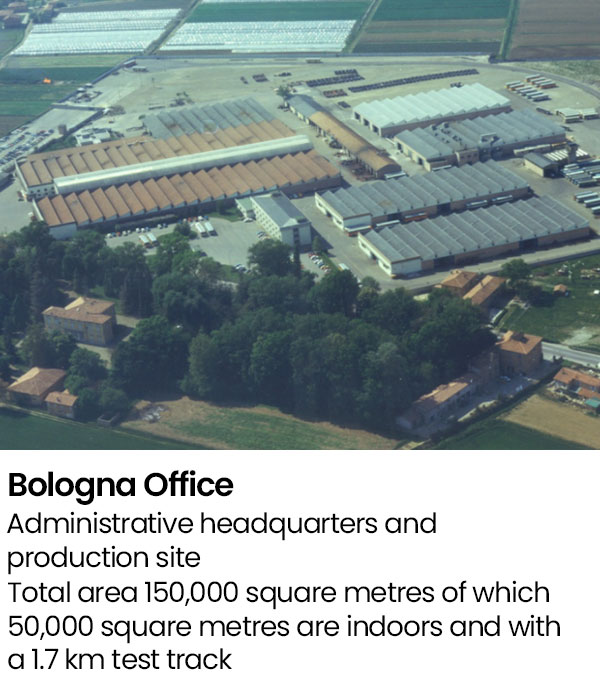 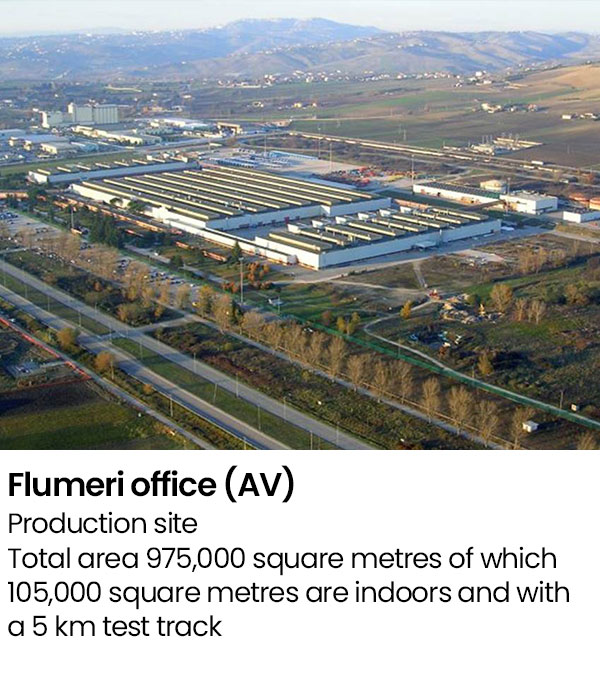